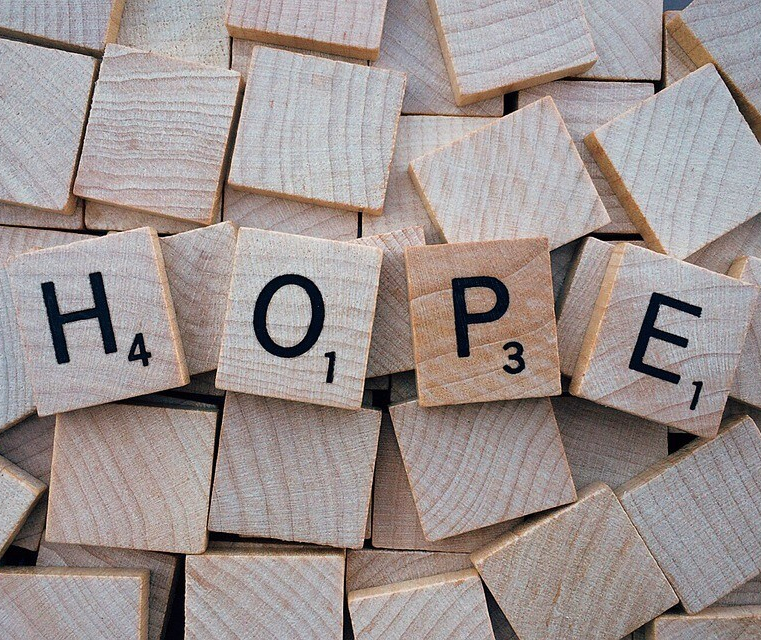 Since I shared a couple of weeks ago about the uncertainty and anxiety I’ve been feeling regarding health (among other things), I wanted to come in this week to follow up with another quick comment on hope.

One of my favorite quotes about hope comes from C.S. Lewis in Mere Christianity, and I come back to his definition often in my thoughts.

“Hope is one of the Theological virtues. This means that a continual looking forward to the eternal world is not (as some modern people think) a form of escapism or wishful thinking, but one of the things a Christian is meant to do. It does not mean that we are to leave the present world as it is. If you read history you will find that the Christians who did most for the present world were just those who thought most of the next. The Apostles themselves, who set on foot the conversion of the Roman Empire, the great men who built up the Middle Ages, the English Evangelicals who abolished the Slave Trade, all left their mark on Earth, precisely because their minds were occupied with Heaven.

It is since Christians have largely ceased to think of the other world that they have become so ineffective in this. Aim at Heaven and you will get earth “thrown in”: aim at earth and you will get neither.”

I could easily just quote this whole chapter on hope and call it good, but I’ll stop there (though I really encourage you to go look up the short chapter).

I love his phrase “a continual looking forward to the eternal world.” When I see the word “hope” for this true meaning, then I see how excessively and wrongly used the word really is.

I can so easily confuse hope with wishful thinking, like C.S. Lewis says. I can “hope” for a nice vacation or good health or a husband or more money. But what part do those things really play in furthering the kingdom, and ultimately spending eternity with God?

If I’m looking forward to eternity with Christ, I should be putting all my effort into serving him. After all, God made us for his glory, so it only makes sense that we should live for his glory.

Our duty comes from his design, so our first obligation as believers is to show God’s value by being satisfied with all that He is for us and all He has for us. This is the essence of loving God and trusting Him and being thankful to Him. It is the root of all true obedience, especially loving others.

Now, don’t get me wrong. I have dreams and desires as much as the next person (maybe more – we have a professional daydreamer over here). And I don’t at all think God wants to squash those.

But I do think that by living for His glory, hoping and continually looking forward to eternity with Him, and being satisfied in Him, eventually God’s desires become our desires. And this is obviously the best thing for us, even if we can’t see where he’s going with things sometimes.

Hope and perseverance go together. Hope knows there is a goal and that the goal is worth pursuing, even through hardship and difficulty. Without hope, we have no perseverance.

So I guess this rambling is all to remind you (really, myself) to hope in Christ. As believers in Christ, looking forward to eternity will never let us down.